History of the Sweet 16 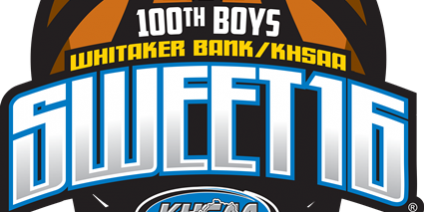 The Kentucky High School Athletic Association boys’ and girls’ state basketball championships are single elimination tournaments held each March featuring 16 high schools. Colloquially known as the Sweet Sixteen (the KHSAA holds a trademark on the phrase), the tournament takes place over four days at downtown Lexington’s Rupp Arena for the boys and Highland Heights’ BB&T Arena on the campus of Northern Kentucky University for the girls.

The Kentucky High School Boys’ Basketball State Tournament began in 1918. For fourteen years there were 18 regions that encompassed the tournament. Since 1932 there have only been 16 regions thus the term “Sweet Sixteen” was coined. Kentucky is one of only three states (Delaware and Hawaii) that still play a state tournament without a class system that divides large and small schools into separate tournaments.

The Centennial Celebration committee is made up of educators, administrators and business people from across the Commonwealth that love the game of basketball and recognize this special opportunity to celebrate!!!